Obama-Care portends far more than simply scrapping the world's most successful and sophisticated health care system. It also promises the most aggressive assault on the sanctity of life since Margaret Sanger, Emma Goldman, Eugene Debs, and the other infamous 20th century Eugenicists, Socialists, and Revolutionaries launched the current movement of Modern Ideological Liberalism.

With Obama-Care, powerful abortion industry lobbyists and Washington, D.C. bureaucrats have launched a massive effort to mandate taxpayer-funded abortions as part of their proposed trillion-dollar health care takeover. This abortion industry power-grab is attempting to:

- Impose one of the cornerstones of the "Freedom of Choice Act" (FOCA) by stealth.

- Force taxpayers to fund a huge abortion industry bailout--something the majority of Americans oppose, and certainly cannot afford in these tough economic times.

- Mandate that virtually every American be forced into a health plan that includes abortion coverage.

According to the New York Times an "administration official refused Sunday to rule out the possibility that federal tax money might be used to pay for abortions under proposed health care legislation."

Put bluntly, these Obama-Care provisions could lead to the largest abortion expansion since Roe v. Wade. It is yet another designer-disaster waiting to be foisted upon an unsuspecting people.

It is dangerous. It is destructive. It is diabolical. And it must be stopped.
Posted by gileskirk at 12:42 PM 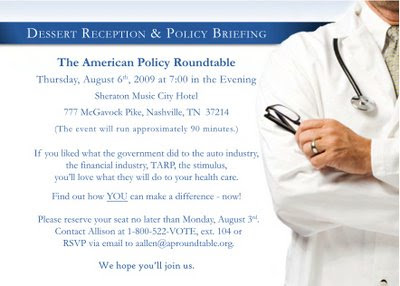 Posted by gileskirk at 8:52 AM

Eugenics at the Court and the Times

The story was first reported by the New York Times in an interview of Supreme Court Justice Ruth Bader Ginsburg. The justice's blithe comments about using abortion to control unwanted segments of the population were shocking, creepy, scandalous, and brazen.

Not surprisingly, her Eugenic-tone created shock-waves just about everywhere--well, just about everywhere except in the mainstream media. As Damian Thompson pointed out in the London Telegraph, "The mainstream media have completely ignored the story about one of the most powerful people in the country essentially endorsing Eugenics.... What the heck is going on here? What are we to make of the media’s complete silence on this issue? They don’t see a little Eugenics between friends as a big deal? They thought it was taken out of context?"

He goes on to assert, "As the large metropolitan newspapers die, they’re wondering why. This is why. You might think the New York Times might want to trumpet its exclusive. But the mindset of that pompous, prickly, boring, self-regarding publication is so overwhelmingly liberal that it didn’t even realise it had a story on its hands."

Of course, none of this is really news. As Linda DeMerle has observed the Left has never abandoned its historically cozy ties to the "scientific racism" of Eugenics pioneers like Planned Parenthood's Margaret Sanger. It's just the same ol' same ol' repackaged for modern consumption.

Alas, judging by the Sotomayor hearings, we moderns continue to consume it with abandon.
Posted by gileskirk at 8:20 AM

Last week, members of a Senate committee voted for an amendment to make permanent, President Barack Obama's overturning the Mexico City Policy. That is the order that stopped sending taxpayer funds to groups that promote and perform abortions in other nations.

Obama reversed the Mexico City Policy in January and polls after that showed a strong majority of Americans opposed his taxpayer-funded abortion agenda.

Not content to rely on Obama's opening of the abortion-funded floodgates in other countries, members of the Senate proposed an amendment to the State, Foreign Operations Appropriations bill to make the move federal law.

The move is important because it would make it so a pro-life president could not restore the Mexico City Policy and its tax-funded abortion limits. Instead, Congress would have to approve a new law overturning the amendment.

Senator Frank Lautenberg, a New Jersey Democrat, offered the pro-abortion amendment along with Democratic Senators Pat Leahy, of Vermont, Barbara Mikulski, of Maryland, Pat Murray, or Washington, and pro-abortion Republican Susan Collins of Maine. On Thursday, the Senate Appropriations Committee passed the amendment to permanently overturn the Mexico City Policy on a 17-11 vote.

Senator Sam Brownback of Kansas, said the vote "is just going to create a really big fight" and pro-life groups will plan an all-out effort on the Senate floor for a vote on an amendment to delete the pro-abortion language. Brownback and other pro-life lawmakers may go as far as launching a filibuster against the State, Foreign Operations Appropriations bill of the language making the abortion funding federal law is not removed.

The pro-life policy had been in place during the entirety of the Bush administration and Obama rescinded it on his first week in office.

A February Gallup poll found strong majority of Americans are upset that Obama would send their tax money overseas to perform and promote abortions. It found 58 percent of Americans opposed Obama's pro-abortion decision while just 35 percent supported it and 7 percent had no opinion.

Breaking down the new poll further, Gallup asked respondents to state their opinion on seven major actions President Obama has taken since becoming president. Overturning the Mexico City Policy engendered more opposition than any of the other actions and it had the lowest level of support.

The pro-abortion move also evoked the least support from Democrats and the most opposition from Republicans and independents. While 59 percent of Democrats supported the move, it came in last among the seven total issues on which Gallup surveyed. Only 8 percent of Republicans backed overturning the limits as did just 33 percent of the independent voters surveyed -- with opposition higher about this action than any other Obama has taken a president.

ACTION: Contact your two U.S. senators and urge strong opposition to the Lautenberg amendment against the Mexico City Policy. Urge lawmakers to remove the amendment from the State, Foreign Operations Appropriations bill and to vote against the bill if it is not removed. Go to www.Senate.gov for contact information for your senators.
Posted by gileskirk at 10:27 PM 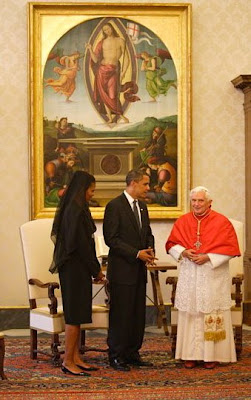 Posted by gileskirk at 8:29 PM